The goal of this post is to analyze and review the “social evaluation” research tracing back to Zuckerman (1999)1. The analysis/review is based on hand-collected papers that directly and indirectly cite Zuckerman (1999). The review is not intended to be comprehensive but to understand the central ideas on the topic developed by management/sociology scholars in the past 20 years.

Let’s continue on the “positioning” topic from one of my previous posts (firms are social actors being evaluated by social audiences), but shift our focus of discussion from “what actors do” to “what audience think.” That is, instead of an “actor” standpoint, let’s take an “audience” perspective to consider how firms as market participants are evaluated by market audiences. Reality doesn’t directly translate into human decisions; human beings can only understand reality from their brain, which is subjected to social construction. As a result, the evaluations on market participants do not come from complete rationality in a social vacuum. Rather, audiences’ cognition is shaped by the market’s categorical structure and/or the socially accepted categorical beliefs. 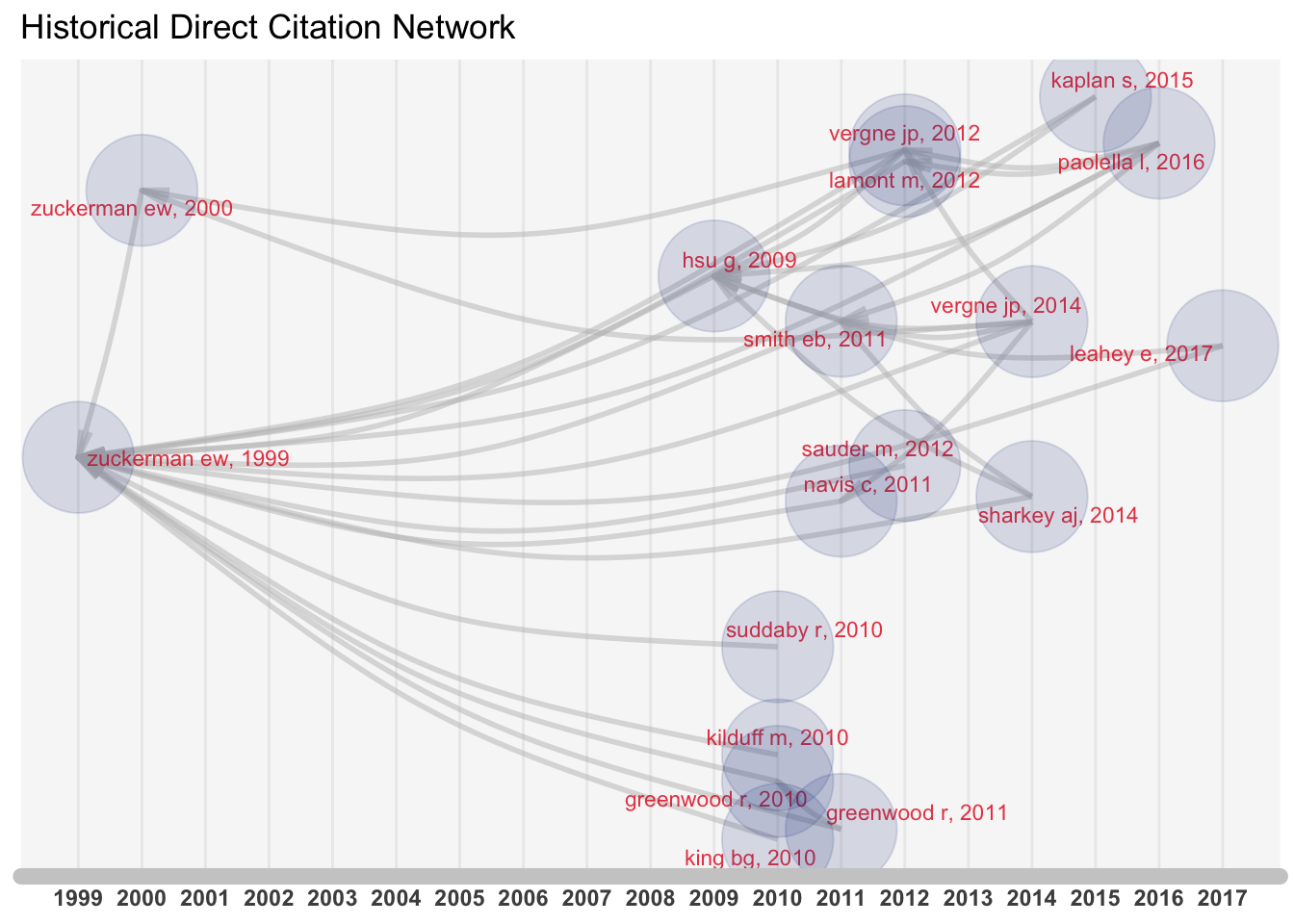 The raw data is based on 29 hand-collected papers directed and indirectly citing Zukerman (1999) and extracted from Web of Science. The papers that not on the topic of “social evaluation” are excluded from the sample, based on the author’s judgment. We can get a general idea of the citation relationship among those papers from the direct citation network graph. 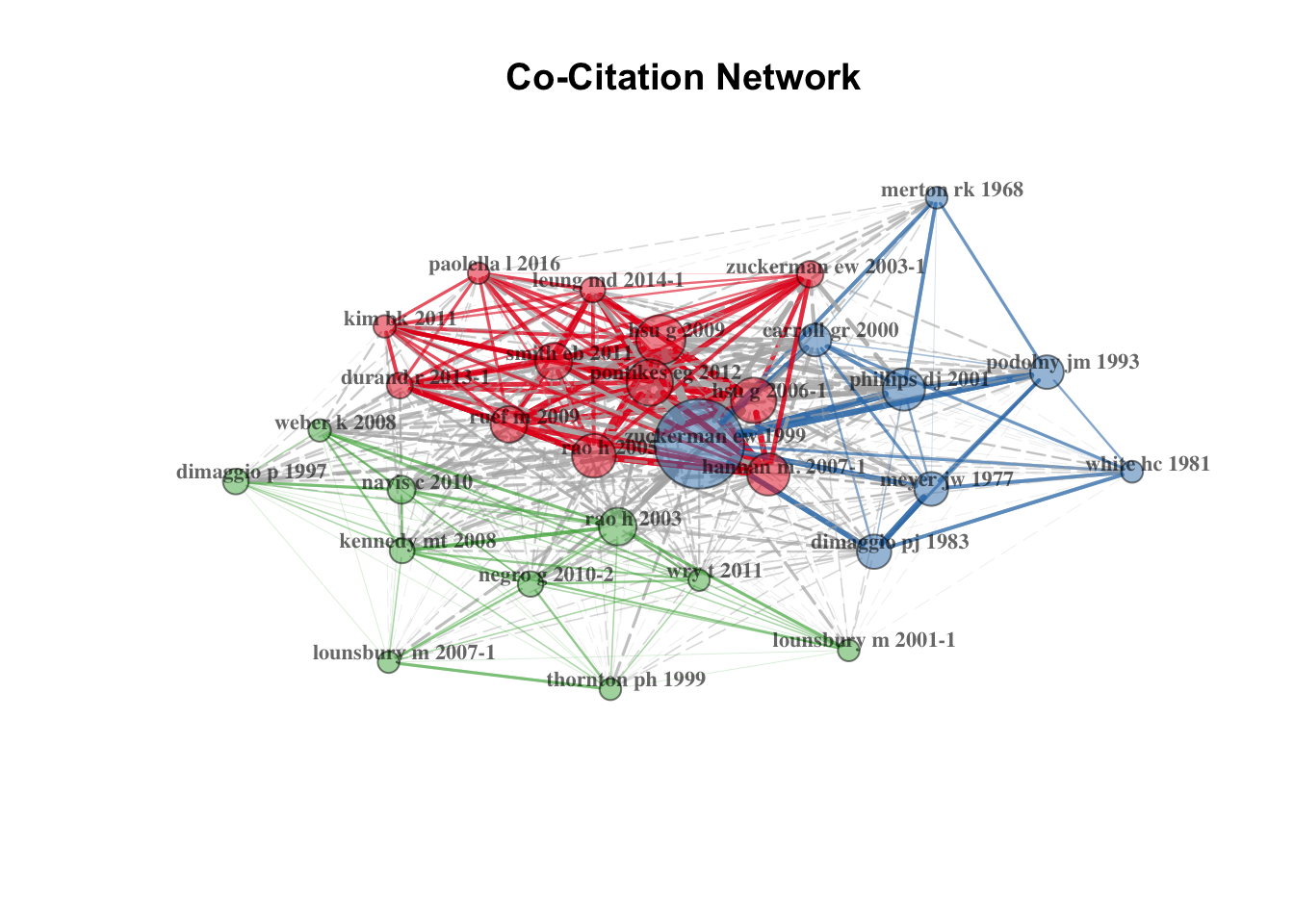 By quickly checking the origins (papers being cited) of the sampled papers, we can see that a big portion (the blue-colored cluster) is the classic institution work. It makes sense, as the discussion of the underlying mechanism of social evaluation should be related to how the evaluating standards are formed in the institutionalization processes. The summary in 3.2 will be based on the top-cited “social evaluation” papers in the red-colored cluster. 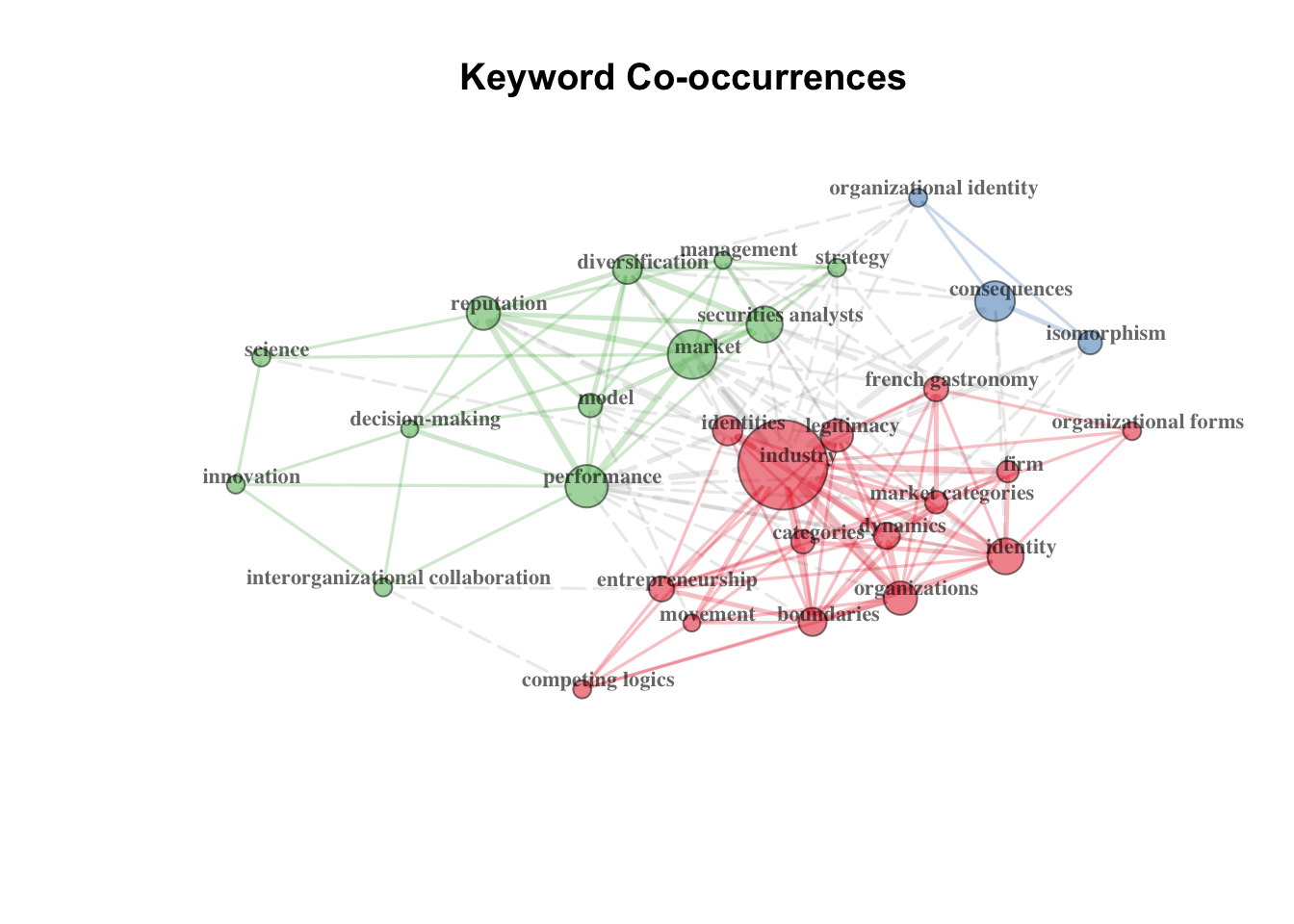 The inter-connected keyword clusters present the relationship among the main topics covered by this stream of research. It seems to have a quite strong “strategy” flavor2. The most frequently used keywords include “industry”, “market”, and “performance.”

The most frequent (by frequency count) citations are also the most central (by eigenvector centrality) citations.

Hsu et al. (2009) provide an integrative explanation for the multi-category disadvantage. The paper combines the actor- and audience-centered explantions and argues that category spanning is both difficult for the actor to manage and hard for the audience to understand. Hsu (2006) explicitly analyzes the underlying cognition mechanism in which film audiences encounter difficulties in making sense of multi-genre films. Pontikes (2012) analyzes the different segments of market audiences with distinct preferences for ambiguous classification–the difficulty of classifying startups into established categories. According to her, consumers and corporate venture capitalists are more passive market-takers who prefer startups that are easy to classify; in contrast, individual venture capitalists are market-makers who have the power to redefine the market structure and see ambiguous classification as opportunities. Rao et al. (2005) argue that the market boundaries are melting when high-status market participants’ cross the market categories–French chefs with starts in the Guide Michelin make hybrid cuisines. Typically, there are cost and risk associated with “cross-category borrowings.” But they tend to attenuate when borrowings prevail. Overall, it seems to be risky to cross the categorical boundaries. But contextual contingencies for the benefit/risk profile of category-straddling exists.

Hsu, G. (2006). Jacks of all trades and masters of none: Audiences’ reactions to spanning genres in feature film production. Administrative Science Quarterly, 51(3), 420-450.